Q: How do Harley Davidson owners greet their parents?
A: With hogs and kisses!

Q: How do Jedi keep their motorcycle tires in place?
A: They use the forks.

Q: What do you call a Harley Davidson with no tires?
A: A groundhog.

Q: Which motorcycle has the best sense of humor?
A: A Yamahaha.

Q: What do you call a pastor who rides a motorcycle?
A: Rev.

Q: Why couldn’t the motorcycle make it cross country?
A: It was two tired.

Q: What’s the most dangerous part of a motorcycle?
A: The nut that connects the seat to the handlebar.

Q: Why didn’t the motorcycles get in the carpool?
A: Because they didn’t have trunks.

I had a dog that always used to chase people on motorcycles.
In the end I had to take the keys off him.

Two skeletons rise from a grave one night and get on a motorcycle. Suddenly the one on the driver seat gets off again, runs back and rips out its gravestone. The other asks: “What the hell do you need THAT for?”
And it answers: “Are you stupid? I can’t just drive without my ID!”

A pickpocket is the victim of a motorcycle hit-and-run. A police officer comes to his aid. “Do you remember his license plate?” he asks.
“No” says the pickpocket meekly, “but here’s his wallet.”

Two guys were roaring down the road on a motorcycle when the driver slowed up and pulled over. His leather jacket had a broken zipper, and he told his friend, “I can’t drive anymore with the air hitting me in the chest like that.” “Just put the jacket on backwards,” his friend advised. They continued down the road but around the next bend, they lost control and wiped out. A nearby farmer came upon the accident and ran to call the police. They asked him, “Are they showing any signs of life?” “Well,” the farmer explained, “the driver was until I turned his head around the right way!”

So a buddy of mine was riding his motorcycle and, you know how the underneath of the bike can get pretty hot, under the motor. Well, his boot caught fire! He looks down, and sees that it spread to his pant leg, so he reaches down and tries to pat it out with his glove, and his shirt sleeve caught fire! So he pulls the bike over immediately, and he’s patting at the flames trying to put himself out, when a cop pulls up behind him, jumps out of the squad, and says, “I’m placing you under arrest!” And my buddy’s, like, “What the hell did I do? I’m on fire, here!” And the cop tells him “You’re under arrest for having an unauthorized fire arm.”

A mechanic was removing a cylinder-head from the motor of a Harley motorcycle when he spotted a well-known cardiologist in his shop. The cardiologist was there waiting for the service manager to come take a look at his bike when the mechanic shouted across the garage “Hey Doc, want to take a look at this?”
The cardiologist, a bit surprised, walked over to where the mechanic was working on the motorcycle. The mechanic straightened up, wiped his hands on a rag and said, “So Doc, look at this engine. I open its heart, take the valves out, repair any damage, and then put them back in, and when I finish, it works just like new. So how come I make a pretty small salary and you get the really big bucks when you and I are doing basically the same work?”
The cardiologist paused, smiled and said to the mechanic, “Try doing it with the engine running.”

A radio host was taking a break during his podcast when he realized that someone stole his motorcycle from the station’s parking lot. The radio host took the mic and started yelling, “To the people who stole my motorcycle this morning: you have 4 hours to bring it back to me or I’ll do to you the same thing my dad did in 1999 when someone stole his car!”

Only 30 minutes had passed when 2 guys showed up to the radio station with the bike.

Thief: Sorry about that, I don’t know what we were thinking, it won’t happen again.

Radio host: You brought my motorcycle back so that’s all that matters.

Thief: I’m curious though, what would you have done if we hadn’t brought back the bike?

Radio host: Oh, well like I said, I would’ve done the same thing my dad did. I would’ve walked back home.

Her Diary:
Tonight, I thought my husband was acting weird. We had made plans to meet at a nice restaurant for dinner. I was shopping with my friends all day long, so I thought he was upset at the fact that I was a bit late, but he made no comment on it. Conversation wasn’t flowing, so I suggested that we go somewhere quiet so we could talk. He agreed, but he didn’t say much. I asked him what was wrong; He said, ‘Nothing.’ I asked him if it was my fault that he was upset. He said he wasn’t upset, that it had nothing to do with me, and not to worry about it. On the way home, I told him that I loved him. He smiled slightly, and kept driving. I can’t explain his behavior I don’t know why he didn’t say, ‘I love you, too.’ When we got home, I felt as if I had lost him completely, as if he wanted nothing to do with me anymore. He just sat there quietly, and watched TV. He continued to seem distant and absent. Finally, with silence all around us, I decided to go to bed. About 15 minutes later, he came to bed. But I still felt that he was distracted, and his thoughts were somewhere else. He fell asleep – I cried. I don’t know what to do. I’m almost sure that his thoughts are with someone else. My life is a disaster.

His Diary:
Motorcycle won’t start…can’t figure out why.

Join our email list and get a 10% off coupon code. 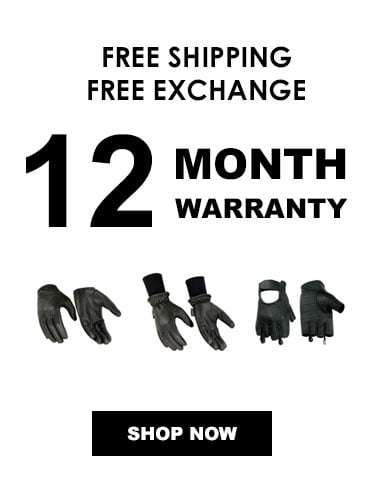